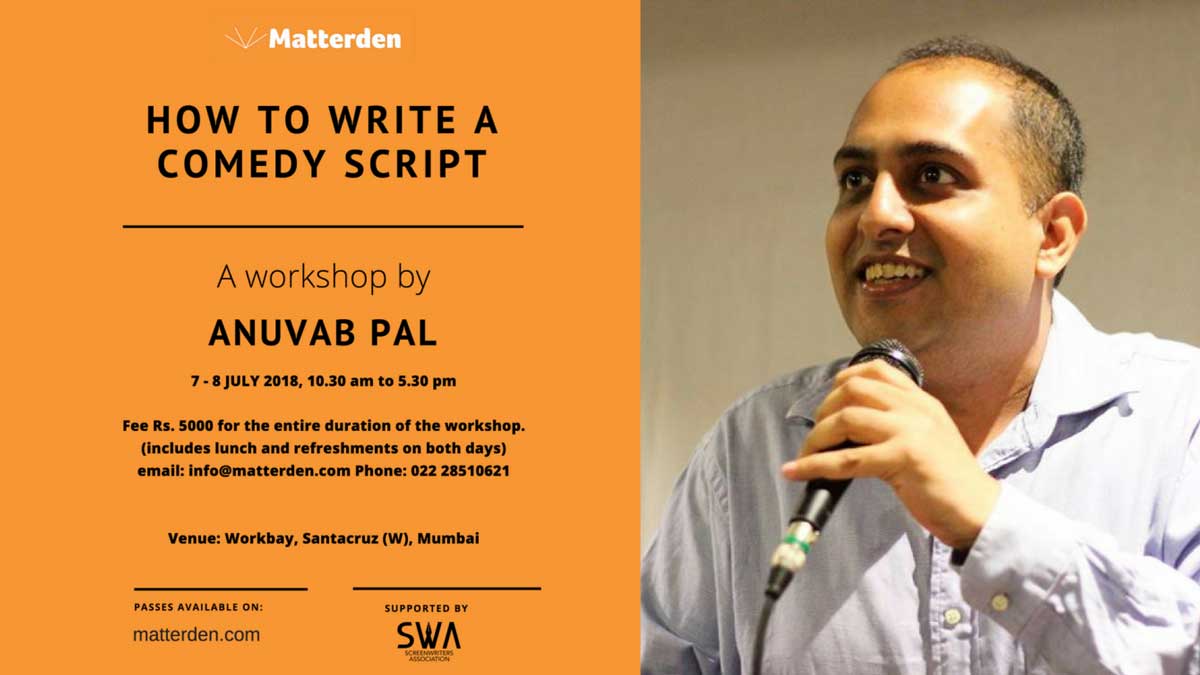 ‘How to Write a Comedy Script?’ – A Workshop by AnuvabPal (supported by SWA)
William Shakespeare once said comedy is tragedy plus time. But is it really that simple? What makes a scene or a script inherently comic? Is it tone, content, situation, absurdity, the opposite of what would happen in regular life, all of these or none of these?

The workshop:
In a 2-day workshop, Anuvab Pal takes you through writing and building the structure of comedy scripts, focusing on how to write a comic scene, and the tools required/ differences to establish in building a comedy story as opposed to any other genre. Ultimately, as someone said, funny is funny, but inthe age of stand up comedy that’s very fashionable in India today, can this be taught? Or is it just instinct? What’s the difference between writing characters and doing stand-up? Is being funny the same as writing funny? Come to find out.

The mentor:
Anuvab Pal according to The Times Of India is one of India’s top 10comedians and according to the NY Times, India’s Most Intelligent Stand-Up. He began his career at The Comedy Store (now Canvas Laugh Club) in 2010 and has done sold out shows in 30 Indian cities and 11 countries around the world. His stand up special Alive At 40 is now on Amazon Prime. He is the screenwriter of the comedy films Loins Of Punjab Presents and The President Is Coming. His latest comedy series Going Viral is now streaming on Amazon Prime.