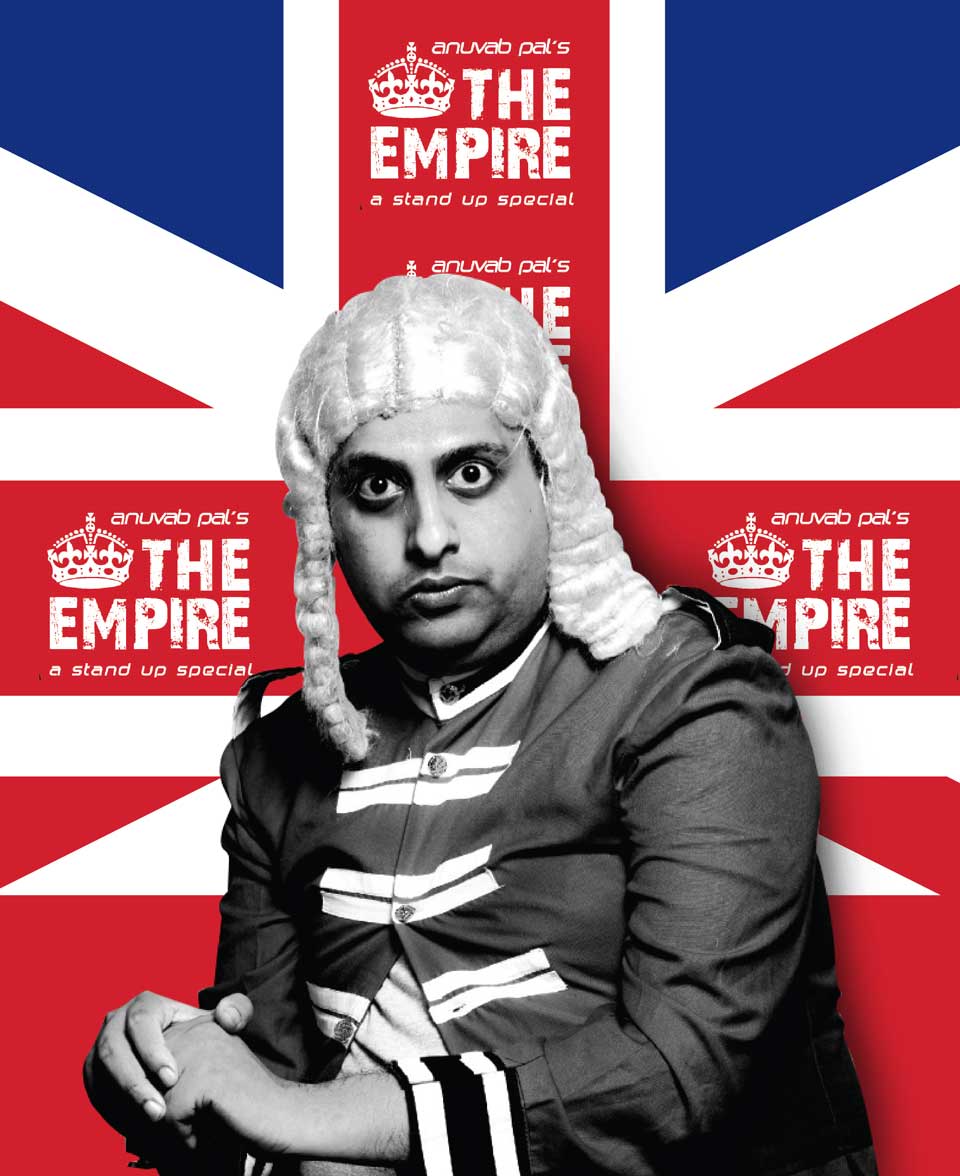 The British came and gave him a colonial accent, British values, decorum, all that and left. He lives in contemporary India – a billion confident humans fed on social media, American consumerism and way past their colonial hangover. How does this man still under the influence – the British influence – survive in ‘New India’? Nobody knows, the least of all him.

Yes, the British came to India, they saw, but who conquered? Nobody knows. The quest for Empire and The Empire striking back is the journey of this stand up special. Who says the tragedies of history aren’t comedy? Everyone. Oh well, too late.

The Empire, a comedy show based on the history of the British Empire in India, has played in 12 cities worldwide and been called “Spectacular” by CNN and “A laugh riot with brilliant ideas” by NDTV. Empire had a hugely successful run at the Soho Theatre in May and has been brought back for a second week long run this year.  The show was also a huge success at last years Edinburgh Festival Fringe, where he received rave reviews!

‘Incredible. A mind bogglingly funny and necessary take on the british empire in india.’